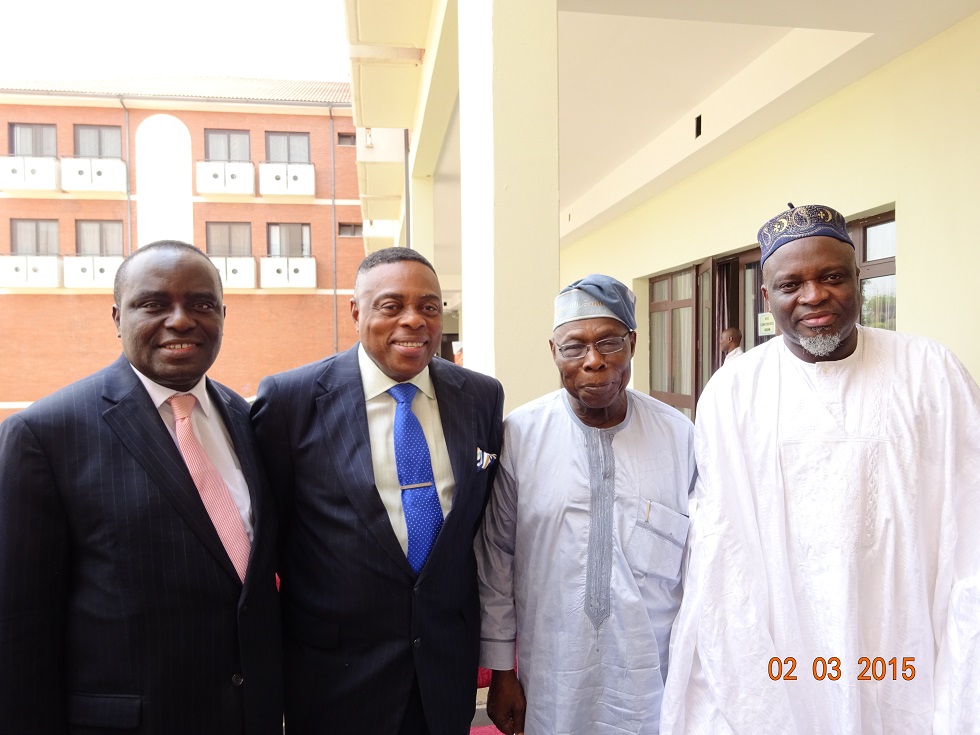 Address of His Excellency, Chief Olusegun Obasanjo, GCFR, at the Inauguration of the OOPL-CHS Special Committee on Health

Thank you for honoring my invitation to be part of a think-tank to undertake a critical analysis of the health care delivery system in Nigeria and on the bases of such empirical analysis, offer farsighted and practicable suggestions for remedying the generally-perceived poor state of the sector.

By way of brief background, it was my intention several months before the last general election, to work with experts in different sectors of Nigeria economy to develop some governance template, or if you like, blueprint for any government that won the election. In pursuit of this agenda, we set up four special committees under the auspices of the center for Human Security of Olusegun Obasanjo Presidential Library. These were on (a) National Security for Progress and Cohesiveness; (b) Education, Science, Technology and Innovation; (c) National Economy; and (d) National Infrastructure. The reports of the four special Committees were ready before the swearing-in of President Muhammadu Buhari and were presented to him two weeks before he was sworn in.

So, what is the charge of this Committee? Perhaps you can reflect with me on a few pertinent issues before I present the terms of reference. As experts in the health sector, I am sure you are you are depressed about the ignoble state of the health sector in Nigeria where life expectancy at birth (M/F) is 54/55, under -5 mortality rate (U5MR) is 124, adult HIV prevalence is 3.1% neonatal mortality rate is 39; and immunization coverage averaging 51%. I am sure you are depressed that Nigerians spent about 265 billion on medical tourism in 2014 with 47% outbound to India. I am sure you are depressed about the crippling effect of strikes by different groups of medical personnel on healthcare delivery especially among the poor. Am sure you are far from happy about the poor state of our hospitals and being helpless when you see fellow countrymen and women die in the hospitals where you work on account of the lack or non-functioning of some basic equipment. These must change.

Taking you a little back in time, when Nigeria attained independence, the first National Health Development plan was launched in 1960. The aim was to provide national health services for ALL. The plan emphasized that since urban services were well developed (by our standards then), government should expand rural services. These rural services would be in the form of rural hospitals of 20-24 beds, supervised by a medical officer, who would also supervise dispensaries, maternal and child welfare clinics and preventive work (such as sanitation workers). The policy made local governments contribute to the cost of developing and maintaining such rural services, with grants-in-aid from the regional government. This report was extensive and detailed in its description of the services envisaged. This was the policy before and during independence. After independence in 1960, the same basic health care policy was pursued.

Successive plans were developed over the years but, some of the plans were either not followed sufficiently or were applied wrongly. You will recall that as we progressed post-independence, by the time the Third National Development Plan was launched in 1975, not much had been done to achieve the goals of its Nationwide Health Care Services Policy. This plan appeared to have focused attention on trying to improve the numerical strength of existing facilities rather than evolving clear healthcare policy.

The sector had its high and low moments over the years. By 1983, General Buhari as Head of State described our “teaching hospitals as being reduced to mere consulting clinics.” One of the efforts of his administration was to revise the Fourth National Development Plan. The health strategy under this revised plan gradually shifted emphasis to primary healthcare. Although this had always been the ultimate goal of the plan, the political will did not seem to exist for its implementation. The adoption of the WHO target of Health for All by the year 2000 by the federal government was marked by shifts in emphasis and structural changes in healthcare administration.

In more recent years, this lofty goal has not been achieved. The capacities of the facilities that emerged from previous effort has been overstretched and infrastructure broken beyond repair. Primary healthcare services now exist only in name. The common man has reverted to the herbalist and traditional healers for care because of access and affordability issues.

You must not fail to recall that as President, I did a few things which improved the healthcare delivery system in Nigeria. Not least being the significant improvement in the facilities in many of outreaching hospital, the establishment of the National Health Insurance Scheme and the significant improvement in the welfare scheme for all workers in the health sector. Now we need to do more. The mantra of the Buhari Administration is “CHANGE” so we should assist government to undertake a quick and sustainable turnaround of the health sector that will improve the quality of life of Nigeria and assure full health security.

There are several current and not-so-current reports on the health sector which I am sure you are all familiar with. The report of the Vision 20:2020 Committee on Health which I set up while in office is still current. The report on health by the 2014 National Conference is still current. The recommendations in these reports are only marginally different from one to another, hence your Committee should think outside the box and produce unique, creative, innovative and sustainable solutions to the challenges facing the health sector at this time. We should have your recommendations partitioned into immediate /short-term (2015-2019), medium-term (2020-2025), long term (beyond 2025).

Undertake a review of the present health statues in Nigeria including the National Health Bill and Nigeria’s major health indicators vis-à-vis mortality and morbidity including performance in the just-concluded Millennium Development Goals (MDG);

Provide suggestions for the restructuring of healthcare to respond to social needs and the interdependence between health and other parameters of economic development such as poverty, education, nutrition, national security and health human resources;

Examine the role of trade unions in the industry and propose strategies that will assure non-disruptive delivery of healthcare by the activities of such unions;

Propose a good model of liaison among federal, state and local government as well as more active roles for the private sector in health; and

Provide an action plan for Nigeria’s attainment of the new Sustainable Development Goals (SDGs) as they relate to the health sector.

Membership of the Committee is as follows:

Let me take this opportunity to thank the Chairman, Governing Board of the Center for Human Security, OOPL for the excellent work his Centre is doing in promoting human security in Africa especially the impressive work of the four Special Committees which he successfully delivered in May. I have no doubt that he will guide this Special Committee on Health as ably as he did the others.

I also wish to appreciate Professor O.O Akinkugbe for his unquantifiable role in supporting the work of the Olusegun Obasanjo Presidential Library Foundation especially in aspects relating to health security. We count on his superintendence of the work of this Special Committee.

It now remains for me to formally inaugurate you and to look forward to your report on or before October 30, 2015.

Address of His Excellency, Chief Olusegun Obasanjo, GCFR, at the Inauguration of the OOPL-CHS Special Committee on Health, September 28, 2015