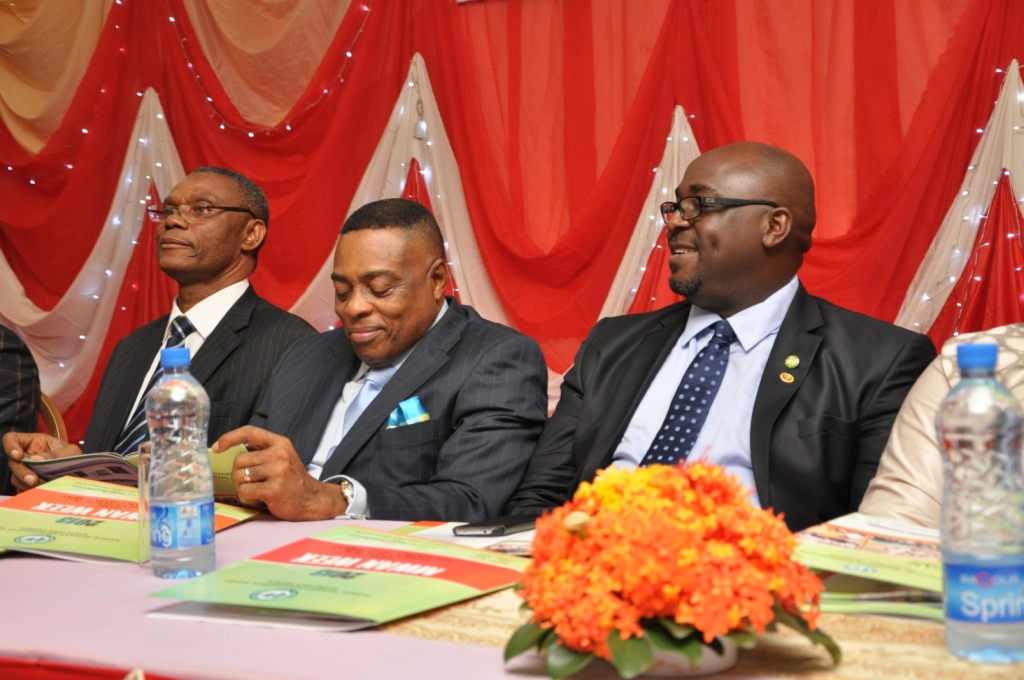 THE MOTHERHOOD IN MEDICINE

Giving a talk around a meal time is not infrequently associated with some minor hitches. If the talk is before the meal, people are hungry; they want to eat and so they do not listen. If it is after the meal, then some have had their fill; they want to doze and even snore and so, then too, they do not listen. Consequently, brevity is the ploy to effective speeches at meal times – today’s will not be an exception, I assure you.

On receipt of the invitation to give this talk, I decided to refresh my memory on what I said on the occasion of the 13th edition of your conference which was held here in Port Harcourt in September, 2007. I had the privilege then of delivering the Abimbola Awoliyi Key note Address on Change In life Style as Antidote to Emerging Diseases. Let me quote some excerpts

If you ask me why there is a Medical Women Association without a corresponding one for men, my answer would be that women are a special breed. For how else can one explain all that women are able to achieve as mothers, care providers, teachers, home builders, nation builders and growers of the economy despite the overt and covert discriminations that they suffer.

Women carry the burden of two thirds of the total hours of the work performed. For this they earn 10% of the world’s income and own but 1% of the property. Regarded, paradoxically, as the bedrock of societies, women produce more than one half of the locally grown food in developing countries and as much as 80% in Africa. Activities like food preparation and cooking are almost exclusively the responsibility of women; yet in many cultures, they are often the last in the family to eat, and they take less than other family members. By breastfeeding and caring for the newborn, women provide Primary Health Care and Basic Education of immeasurable dimension and in most instances, their concern for the wellbeing, safety and progress of others far outweighs theirs for themselves.

The above, as we all can see, encapsulates the attitude and ethics required of a good doctor – empathy, love, concern for others, caring, understanding, sympathy, compassion, kindness, self-denial, honesty. Little wonder that Hippocrates himself, in handing down his seminal exhortation of shared core values – otherwise known as the Hippocratic Oath – to all of us as doctors, admonished us to individually swear never to do harm to anyone and to apply all measures that are required, for the benefit of the sick. Every woman, I wish to observe, is endowed with these instincts, which are motherly instincts, whether she has biologically borne children or not and this is why many of you make such fantastic doctors.

Again, let’s return to my Key note address of 2007 in which I had this to say of the late Abimbola Awoliyi – the epicentre of those lecture series:

An Officer of the Federal Republic of Nigeria (OFR) and also of the British Empire (OBE), Abimbola Awoliyi was a roundly developed woman including in her relationship with her Creator, “where her spiritual development appeared to have increased rather than embittered by tragic circumstances. One of these tragic occurrences happened in Aba. Her child contracted measles after playing with other children who also had measles. She toiled hard to save these children. They survived but hers died of respiratory complications”.

It is this sprite of a mother or if you wish, womanhood, which you all have and with which you heal and have also adopted as your motto: Matris Animo Currant – Heal with the Spirit of a Mother – that makes you a special breed and defines the Motherhood that exists in the Medicine that you practise. And here, my wish would have been to read out a long list of your members for whom I have great respect and admiration for the sprite and passion they bring to their work. But the red time line which I have set for myself will only permit me to mention just two – Christy Mato – who was able to put me to sleep and thereafter wake me up under extremely hazardous conditions and Alice Nte who has a slide that shows a baby being exclusively breast fed by its mother, a vagrant psychotic, and thriving quite well – confirming that not even madness (please excuse my vulgarity) is able to erase the motherly instinct in a woman

So what does all that I have said amount to? Well, put simply, it amounts to this: That you all as women, whether you have biologically procreated or not, were specially created by God. Accordingly, you all possess that instinct of motherhood which is a huge capital in medical practice. So I urge you to call it into play in the case of every patient who has the privilege of coming under your esteemed care. As for the rest of us, who are savouring this moment of leisure with these fine ladies at their invitation, our duty is to support them, financially and otherwise even as we eat their dinner.

THE MOTHERHOOD IN MEDICINE, A Short Dinner Address at the MWAN Rivers State week, 2013 by Nimi Briggs Emeritus Professor, University of Port Harcourt on 13th October, 2013