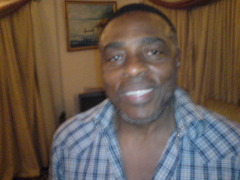 December 13, 2007, was a very busy one for me. I spent the day having an extensive interactive session at the Civic Centre in Port harcourt, with stakeholders in the local government electoral process in the Port Harcourt Local Government Area (PHALGA) of Rivers State. The idea was to encourage grassroots participation in the electoral process in all the LGAs, commencing with PHALGA. In addition, I wanted to understand areas of concern and assuage the doubt of the citizens in order to persuade them to exercise their civic rights of casting their votes for their preferred candidates at the forthcoming local government elections in the State..

I had, earlier on, in November 2007, been appointed the Chairman of the Rivers State Independent Electoral Commission and the Chief Electoral Officer of the State for a period of four years. Interactive sessions with stakeholders was part of an elaborate process of creating awareness and obtaining the involvement of the citizens in the important local government electoral process.

I arrived at the “ETF 2004 Building”, my official residence in my capacity then as the Immediate Past Vice-Chancellor of the University of Port Harcourt at about 8pm after the event at the Civic Centre and immediately made for the comfort of my bed room upstairs to change clothing and then to settle down to a well-deserved dinner. Little did I know that I had been followed all the way from the Civic Centre to the university – a distance of not less than ten kilometers – by some thirteen young men, all, by my reckoning, between the ages of eighteen and twenty five years. They had overpowered the two security men at the gate, after I had gone in, and had quickly distributed themselves strategically in the premises. Five of them then gained access to my bed room upstairs, collected my two mobile phones that were on my bed, seized me by my trousers, while one of them pointed the nozzle of an AK47 gun right on my fore head. The bang, drama and disbelieve were beyond description – all like a Hollywood movie. Nevertheless, I resisted, struggled and broke loose from their very firm grip and in the process had my trousers torn. With incredible speed, I galloped down the staircase and made for the garage. Meanwhile, the mayhem and commotion that ensued had got everyone in the house, especially my two granddaughters, screaming, yelling and running helter-skelter.

Sadly, I did not run far before I tripped and was captured by the other kidnappers who had been distributed over the premises. I was given some slaps, despite my screaming, as it were, to shock me into the reality of my new situation, before being bundled into a waiting vehicle for the trip to an unknown destination.

Our first port of call was the ferry jetty at the Man O War base at Aluu, where my captors had prepared a boat that was to ferry us over to the other side of the river and that explained their reluctance to have kidnapped me on the long journey from the Civic Centre in Port Harcourt township, to the campus of the University of Port Harcourt in Choba.

So commenced the ten -day breathtaking ordeal I went through in the hands of my kidnappers, who, I have completely forgiven, until I was released at about 11.30pm on December 23, 2007 – two days to Christmas!!! This very short account of a horrific story will do for now until I am able to publish the details in a proposed book on the matter. In it, I hope to, among others, reflect on the whole issue of kidnapping in Nigeria and examine the circumstances that would drive a youth to such an ignominious action.