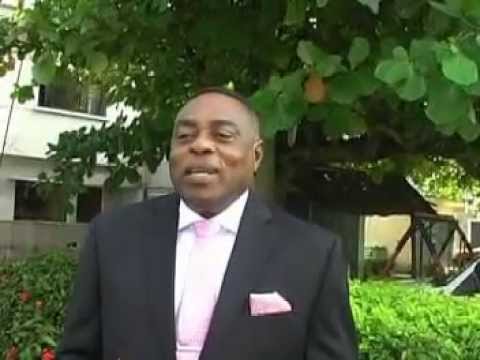 Let me commence by congratulating the Provost of the College, Professor Christy Mato for deeming it fit to convene this important retreat. Under her as provost, the college has reviewed the MB. BS curriculum and is currently having another look at and seeking to fine-tune the requirements and work content for the MD degree. Such strong and sustained efforts aimed at improving the academic content of the work we do at the college is highly commendable.

This retreat for HODs that is being held today, I believe is to impress on them the vital roles that academic departments play in the operations of a university and ipso facto, the need for them to take their responsibilities with utmost seriousness and dedication. And to my mind, drawing a parallel between the structure and functions of the cell in the human body, with which we are all familiar and the academic department in a university, will drive home the point regarding the centrality of departments in the affairs of universities.

The cell is the smallest living unit in the human body and although the morphology and specialised functions differ remarkably among cells, their basic structure tends to be the same. Thus, the cell, in its simplest form, can be said to consist of cell membrane, cytoplasm and nucleus. The cell membrane is pliable, and semi permeable. It defines the borders of the cell and determines what goes in and out of that cell through an active or passive process, for instance, the sodium-potassium pump. The cytoplasm is fluid filled and jelly like. It contains all the organelles of the cell – mitochondria, ribosomes, Golgi bodies, lysosomes and more. The cytoplasm is the engine house of the cell and most metabolic processes of the cell take place in this compartment – respiration, energy conversion and utilization, expiration, waste management among others. The nucleus contains DNA – the carrier of genetic information. The nucleus acts as the control house for the activities of the cell. No section of the cell claims superiority because input from all sections is required for the cell to function optimally and efficiently. Although there are over 7 trillion cells in the human body, they all function in a properly coordinated manner so that the human being operates as a single being at all times and not as 7 trillion plus different cells. The cells achieve this through what I chose to describe as coordination, corporation and collaboration. Group of cells get specialised to carry out specific functions like myometrium, to get the uterus to contract; myocardium to get the heart to contract; neurons, to enable neurotransmission of information among others. These specialised cells are concentrated in organs – uterus, heart, brain, liver, urinary bladder and many others. A number of organs collaborate and carry out a specific function like the heart and blood vessels forming the circulatory or cardio-vascular system; the kidneys, ureters, urinary bladder and urethra forming the urinary system. Various systems in turn, run the operations of the living human body: respiratory, cardiovascular, central nervous, locomotor systems among others. Thus, the cell, as small as it is, can be regarding as the most important component of the body as indeed it is the cell that runs all the operations of the body. And as if to buttress the importance of the cell further, most diseases commence from a single cell in an organ and progress therefrom by local and distant spread, to possibly kill the individual. Cancer is a good example.

A match can be made of this information regarding the cell and the academic department of a university. Like the cell, the department is the smallest academic unit of the university. It consists of non-teaching or support staff that can be likened to the cell membrane as they carry out non-academic but important functions of the department – personnel, students’ records, research assistants, laboratory technicians, servicing departmental meetings and many others. The academic staff can be regarded as the cytoplasm of the department. The teaching, research, knowledge generation and conversion to goods and services that benefit society and for which universities are established, remain their pursuit. While the HOD, as the nucleus or leader, drives and controls the activities of the entire department, like the nucleus does to the cell. Again, no section claims superiority as their actions are synergistic and complementary. University departments differ in their areas of specialisation – Geology, History, Economics, Surgery but they all act together, within the context of teaching/learning, research/innovation and community service delivery to further the raison d’etre of the parent organisation, the university, just like the cells do to the human body. The progression from cells to systems as in cells is also mirrored in the universities as specialised departments form faculties which in turn form colleges that are bigger constituents of the university. Like the trillions of cells, university departments coordinate, corporate and collaborate, even with outside agencies. And just as cancer from a single cell spreads to eventually kill the entire body, bad practices like sale of grades for sexual or financial gratifications can emanate from a single department and spread to others and eventually becoming the defining action by which public opinion is formed of a university. Within this framework therefore, the department constitutes the most important section of the university and should be regarded as such. On their parts, HODs should recognise the onerous responsibility they shoulder and should do everything to ensure their departments are carrying out their tasks satisfactorily.

Just recently, Professor Peter Okebukola, OFR, whose name has become a house hold one in tertiary education within and outside Nigeria, wanted my personal views on a number of issues – Anthology of Exemplary Practices for HODs and Deans – that commonly confront the average HOD in most universities. The resume of my interactions with him as I will now report, will form a fitting closing piece to this address as it offers some options for considerations by HODs. How should HODs react to uncooperative, quarrelsome colleagues; those who leak departmental question papers; those who sexually molest female students and those who fail to teach their classes at scheduled times? My answer was that HODs should meet members of the department on a one-on-one basis and solicit their support in the running of the department. They should hold regular departmental meetings at which they should be as inclusive as possible in the process of decision making. Furthermore, HODs should be interested in the progress of members by ensuring that they attend all meetings and argue the cases for due promotion of their staff. HODs should work hard and be transparent with departmental funds, examination questions papers and the grading of students’ examination scripts. They should admonish staff to teach their courses on time and where this fails, punitive actions should be taken. Departmental leaders should take responsibility for the sanctity of question papers and should thoroughly investigate any allegation of leakage. If found to be correct, questions should be cancelled and a new set drawn up. Sexual molestation of female students should be discretely investigated and if found to be correct, staff involved should be cautioned and punished if persisting.

Once again I thank the provost for bringing us together for this retreat. I do hope that we all will find it useful and that the deliberations at this retreat will enable us to do our work better as HODs in this university.