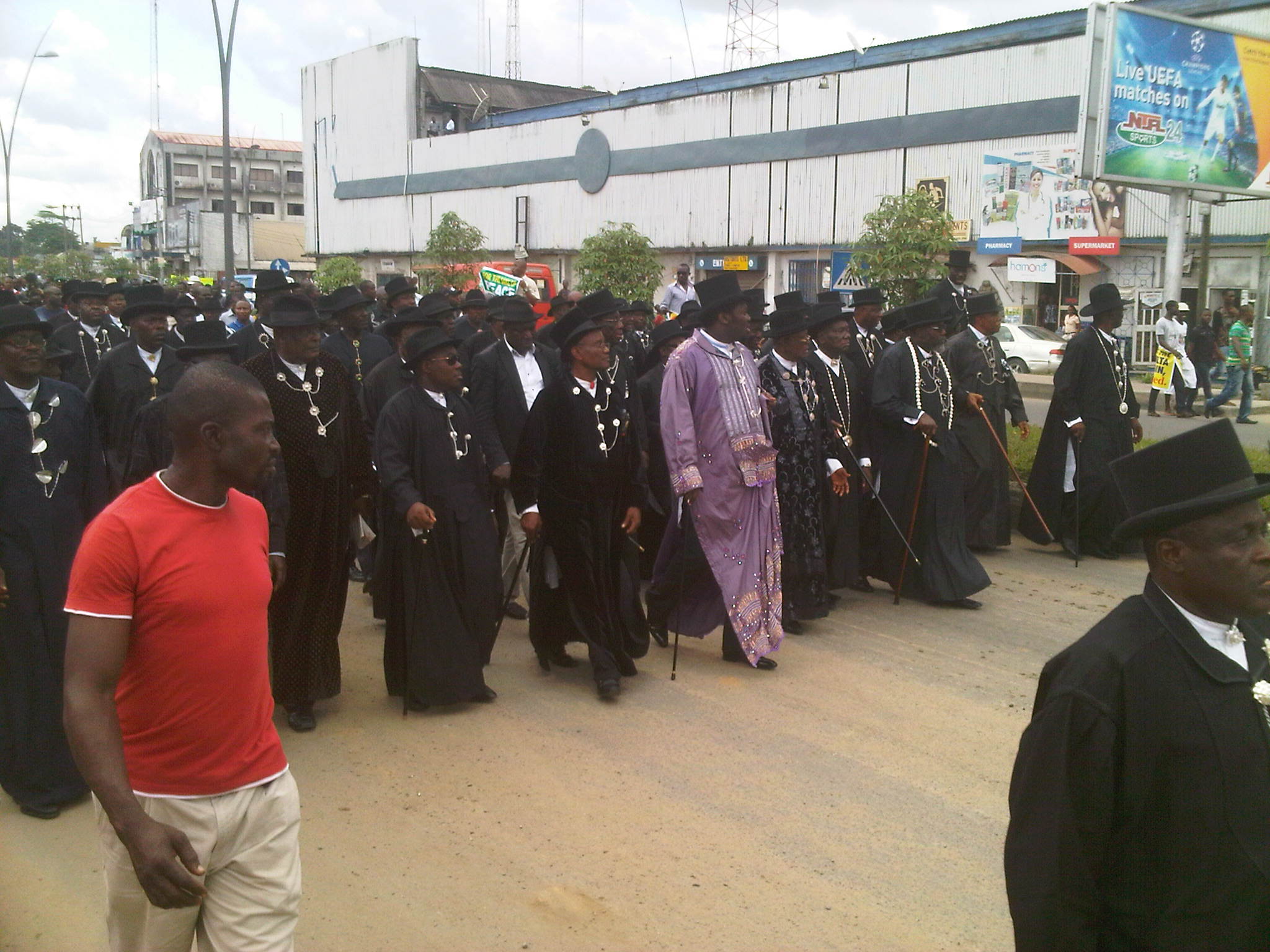 CLARION CALL FOR URGENT INTERVENTION TO PREVENT IMMINENT CRISIS IN THE NIGER DELTA.

The Amanyanabo of Kalabari-in-Council, and the entire peace loving people of the age-long Kalabari Kingdom of Rivers State, in solidarity and oneness of purpose, have resolved as an initial step, to draw the attention of the Nigerian nation through the National Assembly of an imminent crisis that may plunge the Niger Delta to another spate of violence, tribal wars and needless wastage of lives and property with its attendant negative implications on the Nations image and economy.

We have noted with grave concern, the injurious, malicious and surreptitious plan to excise and seize perpetually for their exclusive financial benefit, 80% of the oil and gas bearing communities and settlements in Akuku-Toru Local Government Area and making them part of the Old Brass Division in present day Bayelsa State. This is with the tacit connivance of privileged Government officials in the Presidency, the Office of the Surveyor General of the Federation and the National Boundaries Commission.

For us as a people, we lament this most unexpected altercation at this time of our national life when indeed a son of the Niger Delta is the sitting President. Howbeit, these unfortunate developments are happening with reckless abandon because of selfish interests, ruthless expansionist tendencies and brazen executive high – handedness. We make bold that our President, Dr. Goodluck Jonathan is very well acquainted with the facts of this explosive matter, but has allowed it to fester. May be because, his native State is the beneficiary of this arrogance and outright wickedness against a people who solidly stood by him, more than any other group in the Federation, when he passionately sought help to ascend to the high office of President of our dear country.

Distinguished Ladies and Gentlemen, it will interest you to note that Rivers State was governed by two illustrious sons of Ijaw extraction (Navy Commander Alfred Diete Spiff and Chief Melford Obene Okilo) before the creation of Bayelsa State. At no time did the boundary between the Old Degema and the Old Brass Division become a contentious issue. Only under Chief D. S. P. Alamieyeseigha as Governor and the current President who served as his Deputy, and who directly supervised the State Boundary Committee, did this sordid phenomenon become a matter of concern. Kalabari villages and fishing settlements were repeatedly attacked. Some were sacked and destroyed. Others later turned to be MILITANT CAMPS.

We state further that the Kalabari Kingdom has had more than enough on this protracted matter and will resolutely resist any attempt to implement the rumoured production of the 12th Edition of the Administrative map of Nigeria intended to legitimise this illegality.

Should the Niger Delta boil again, Nigerians should hold the NATIONAL BOUNDARY COMMISSION and the PRESIDENCY responsible. In the attached petition, we have pains-takingly put our case in the public domain for Nigerians and the International community to judge. WE HAVE SPOKEN.

Please be assured of our highest regards and prayers to God for peace to reign.

FOR THE KALABARI NATION